Entrepreneur Liu Qiangdong is a successful business owner. He believes that customer service and being a positive impact in the business world is always top priority. Today, he is the CEO and Owner of the third largest internet company in the world. Mr. Qiandong originally started his retail company from a small booth and grew it to what it has become today. 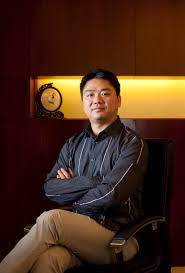 As a child, Liu Qiangdong was raised in Chang’an, a tiny village in Bejing, China. His ancestors lost all their wealth which caused his family to be poor. His parents and grandparents instilled in him to be humble and kind to everyone because anyone could have it all, but they could lose it all too.

Liu Qiangdong went to Peoples University for a degree in sociology, and as an extracurricular activity, he began to learn about the internet and gain skills in coding and computer programming. After graduating from the Peoples University, and went back to school for business administration while simultaneously working at a herbal shop. The experience at the shop gained him the skills he needed to manage his own company.

With all his new skills, JD.Com’s CEO pursued entrepreneurship and rented a small booth in a bazaar. The SARs epidemic of 2003 shut down the community and led Liu Qiangdong to navigate his business online.

As the business grew, he became able to manage all areas of his company from the warehouse straight to the customer’s door. Now, he reaches, sells, and helps smaller areas like the tiny village he grew up in. Liu Qiandong obtains great customer service by keeping up with technological advances like using drones; this allows his business to sell a variety of products and get them to customers as quickly as possible.